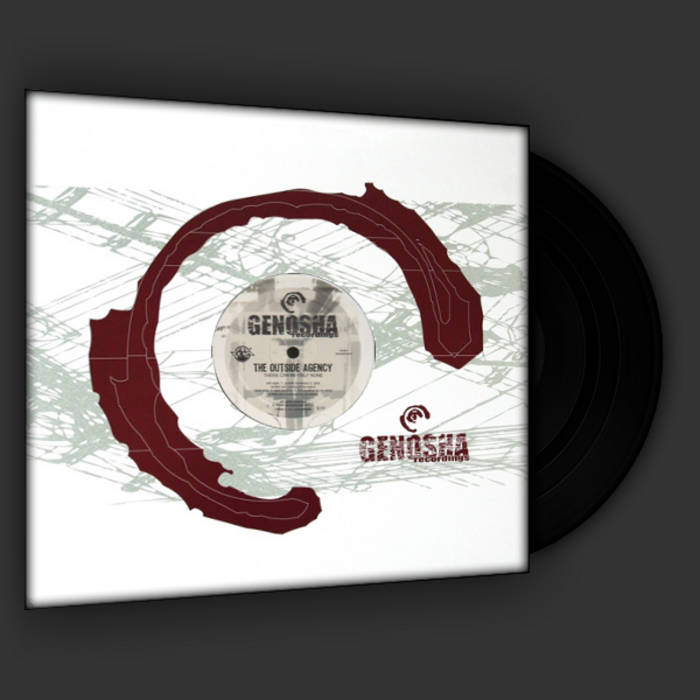 We wanted the first Genosha release to be something very special. It had to be. We’re probably more concerned about the statements we try to make on (and with) our releases than anyone else; or than anyone else thinks we are. (Or should be.) After Cardiac made us the amazing offer to start our own label we had no clue as to what to do with this opportunity. They suggested doing something like Deathchant. We can probably do Deathchant, but that wasn’t really what we were into or wanted to do. I wanted to put out tracks like Dirty, Acid Track #1, Macrossed and our Theeq and Fracture 4 remixes. I wanted to release the slower dark stuff we were both into. Hidden was of the same mind. We finished Puddle Dynamics and Dark Serenity about five months before the first Genosha release came out. The four tracks we had amounted to a good opening statement as far as we were concerned.

The reason for our delay in releasing this was that we couldn’t come up with a name for the label. We are extremely picky about names. We went through an insane amount of names before we could agree on one. The only thing we could agree on that we would call it ‘recordings’ instead of ‘records’, because we’re drum & bass like that. We’re not just picky; we’re also both very stubborn about our work and can have very dissimilar creative ideas. This does not make picking a name for a label easy. Everything sucked as far as we were concerned. Finally Genosha hit us. I can’t even remember how long it had been on our list anymore, but we both liked it. We could finally move on to the artwork.

Hidden does all our artwork. I don’t even try. We definitely didn’t want anything that would look like a typical hardcore record. We initially had a very dark design with tons of black and some dark greenish color. We ended up inverting it and it looked awesome. Very non-hardcore, so perfect for us. I suggested There Can Be Only None as the title for the EP because it is both humorous and ambiguous. Something we always try to achieve in our titles. We also decided to continue the trend we started on BMR 003 and add so-called ‘end-bits’, as we call them, to all of the tracks. These end-bits are usually a comment on the track, the release, life itself, us, our fans, our enemies, the industry or sometimes we simply think they’re so funny that we have to share them with the world.

We initially pressed up a limited amount of copies because we had no clue as to how it would do. I mean, this was a pretty complex release. We were pleased as punch when we learned it quickly had to be repressed. This was the start of Genosha Recordings.

Side-note: Ruffneck is really into The Weather in My Mind.