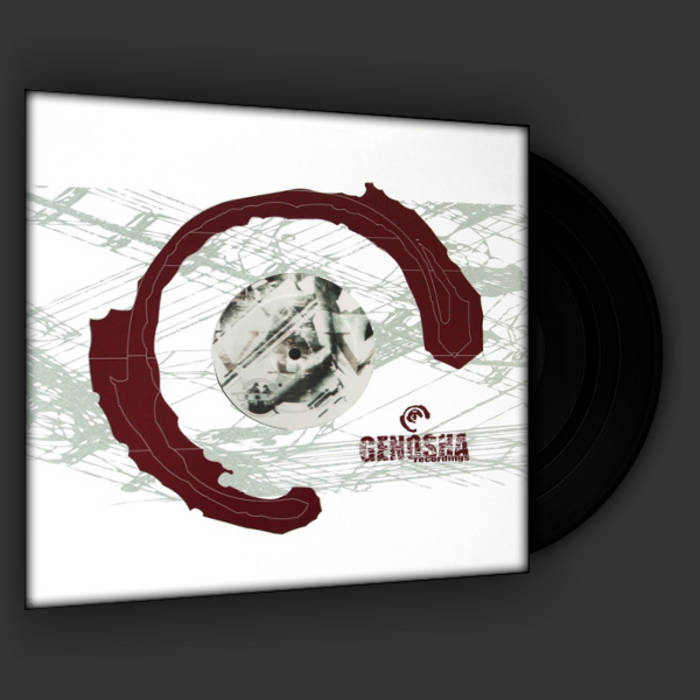 Why did we put out Genosha 6½? We somehow developed this weird numerology streak. I really wanted 7 to be a 7”, and 10 a 10”, but I simply wasn’t done with my track(s) for 7 yet. Our first CD release had 5 unreleased tracks on it, however, and we decided to release those on 6½ to buy me more time to finish Motherfucking Ants.

Acid Track #2 and Frack are easily two of my favorite TOA tracks. Hidden set the new industry standard for acid hardcore here, as far as I’m concerned. Somehow everyone thinks I did the VIP edit of Frack because of its ending. That was totally intentional on his part, too. We can play you easily. Just remember that.

Schermutselingen was made primarily with my homie Nils. When the two of us met it was like two long-lost brothers were staring each other in the eye. We became best of friends in a matter of seconds. Shortly after Nils visited me and while he did this we actually managed to break away from constantly breaking balls long enough to start this track. Yuri came along for a visit later and he is single-handedly responsible for two of the most awesome drum rolls in history. Ever. Plus that one really cool thing with the reese in that one part. Right, buddy?

The rework of Fire & Blood is something I made for Ruffneck’s birthday. I still have no clue when his birthday actually is but I figured I had missed enough of them to come up with a gift. I was in love with Fire & Blood as a young buck growing up so I worked on this with a great deal of care. I watched every single episode of the old X-Men cartoons featuring Apocalypse hoping that this was the source of his samples. (It’s a lot harder to remix something when you have no source samples, but it does make it more rewarding.) Patrick was pleasantly surprised, but we were at a loss as to where to release this track. Due to now unimportant contract restrictions we had to change the title of the track and I suggested adding ‘Revisited’ as yet another nod to the drum & bass world. We broke a lot of unwritten Cardiac rules by releasing it on Genosha, but sometimes you gotta say fuck it. And sometimes you need everyone to say fuck it all at once.