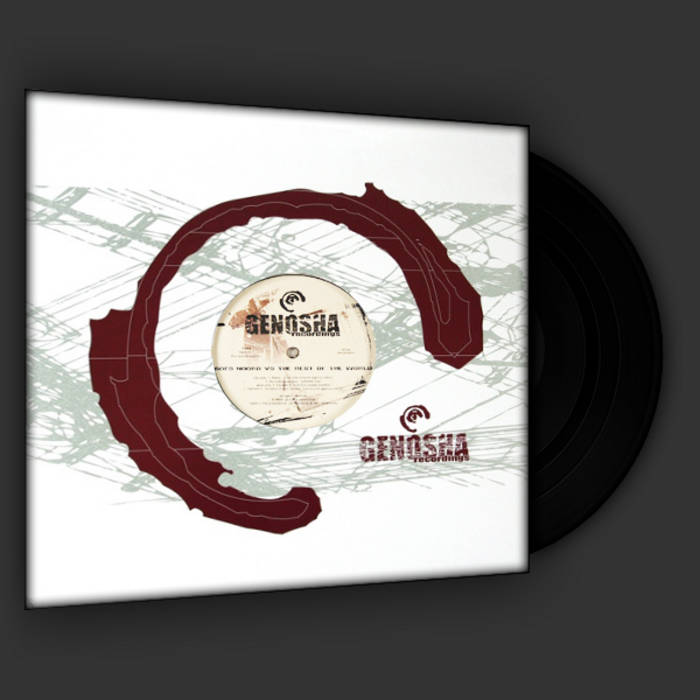 The second release on Genosha features some older tracks that we had in our hands well before Genosha 1 came out, but we felt the first release had to be 100% TOA and that is why they ended up on 2. The A15E remix is something I had done for Theeq’s Low Res label. That release was extremely limited; only 50 white labels were ever made. This is why we decided to stick it on here. The start-bit for this track is there because Low Res is based in Detroit. The breakbeat at the end is there because Justin (Theeq) really wanted me to use lots of breakbeats in the remix. I purposely didn’t. That’s how I get down. The Pathetic VIP is somewhat of statement in itself. Playing the record backwards helps in figuring this out. (And yes, there is a ‘regular’ Pathetic, too.) The Extreme Stress Reaction remix was originally made for Stef’s own label. I ran into Stef at a party in England and when I heard him play the original I fell very much in love with it and demanded I remix it. When we knew we would soon have our own label we decided to force Stef (Fracture 4) to let us release these on Genosha. He was with it. The vocal samples I added to the remix are from a television series called Brimstone. It was an awesome show. Check it out if you can.

The title Goes Noord vs. The Rest of the World was uttered as a social criticism by our good friend Chris (DJ Vindictiv) while we were walking around in my neighborhood. Some kids in my area think they are super tough. I think they’re super hilarious. However, it made a very good title for this release featuring two of our international superstar friends and cross-country remixing.

Note to everyone on Discogs.com. Leave the title-case in the EP title alone. It is 100% intentional.